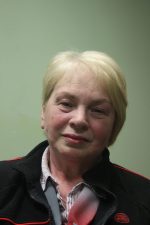 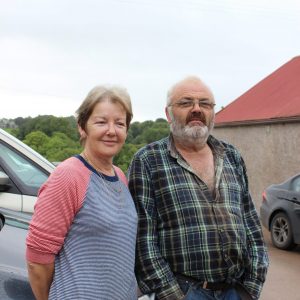 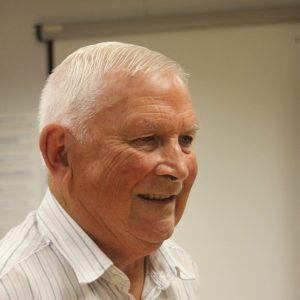 The Wheeler family comes from Lisnaskea and Jean Wheeler was born the second eldest in a family of ten. Her father George was employed by the Electricity Board. She explains that she and her siblings were taught to be always respectful and unbiased towards the local Catholic community. In 1977 she married Ivan Henry and she and her husband ran a Maxol filling station in Lisnaskea. In August 1988, a booby-trap bomb was placed on the premises which exploded when Jean, Ivan and an on-duty policewoman, Jennifer Johnston, were inside. Jean and Ivan escaped with shrapnel injuries, but the policewoman was badly wounded. In the aftermath, Ivan was informed by phone that if they discontinued serving the security forces, such an incident would not be repeated. In fear for the safety of his family, he placed a notice in a local newspaper confirming that this would be their policy forthwith. Eighteen months later, another phone message claiming to be from the Fermanagh branch of the IRA, stated that a bomb had again been placed on the premises. At the time, Jean was at home with her two small children and could not make contact with her husband; she was to suffer great trauma as a result. The message was, in fact, a hoax. Jean is keen to point out that Ivan Henry had never been a member of the security forces. The couple continued to run the business under great stress until 2000, when they made the decision to close the business. The premises now lie derelict.