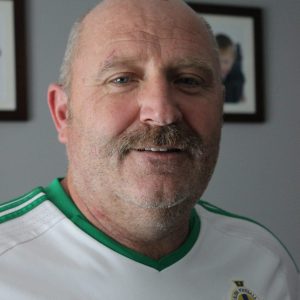 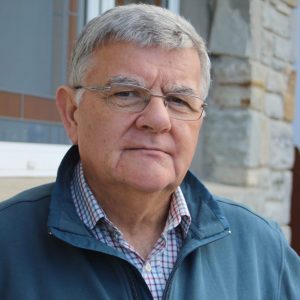 The McVitty family farmed at Knocknashannan in Garrison for three generations. From the beginning, George McVitty served as a part time UDR member and also drove a school bus bringing children from the Garrison and Belleek areas to Enniskillen. In 1972, while on the bus run in the early morning collecting children near Belleek, a bomb exploded on the road on front of the bus, necessitating reversal and diversion. The following day, while again driving the bus, he was confronted by a member of the IRA who was waving a tricolor. George was prevented from doing his job, forcing on him the decision to retire from the bus run.

Violet McVitty recalls a night when her husband was on duty with the UDR; a bomb exploded at a B Specials hut in close proximity to her home, where she was alone with her children. She froze in terror and she suffered a miscarriage as a result. On that same night, a bomb exploded at Cassidy’s Cross under an army vehicle in which George was travelling. Luckily nobody was injured. At night, the McVittys would sometimes hear gunfire as the IRA was drilling nearby. The security forces were unable to offer protection in the Garrison area, so the family decided to move to Church Hill and later to Gortmesson. They mention the great assistance which their friends and George’s colleagues in the security forces provided to them at this time.