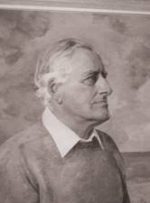 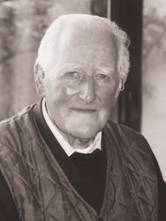 My first visit to the Waller home by the shores of Lough Derg, was a very rewarding one. I met Hardress Waller and his wife, who invited me into their home. The Wallers are the descendants of soldiers of the Cromwellian army and Hardress’ ancestors had remained in the Newport area of North Tipperary. The Waller’s castle can still be seen there. He told me why he had been christened ‘Hardress’ and went on to explain the meaning of the name. His own family lived in Summerville House, Nenagh, and later moved to a house in Ballymackey. Hardress went to study at the Royal Military Academy at Woolwich, and became an officer in the Royal Artillery in the British Army. He held that position for thirty years, and was promoted to Brigadier-General, in charge of the British Army’s artillery. He married, in 1940, a Polish lady, Legye, and later fought in Burma for 18 months. The later part of this interview focuses on his own family and his enterprising activities when he returned to Dromineer after the war years.