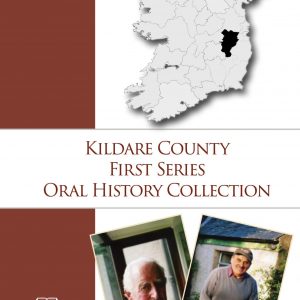 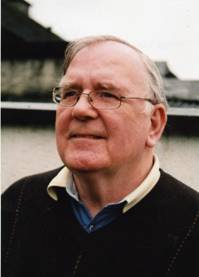 This recording was compiled with Jackie Bracken as he strolled along the canal banks in Naas, and recalled the rich experiences of his life in the town. He still lives in the old canal house inhabited by his grandmother in 1904. Arriving at the old graveyard beside the canal, Jackie recalls many of the people who lie there. He has great memories of the horse drawn barge boats plying the canal, and their crews, whom he named. Their responsibilities and their cargos were described. Occasionally a jennet was used to pull the boats and it must have been a wonderful sight to watch the young lad who was paid to coax the jennet along with a handful of straw. Jackie’s first employment was with a slipper factory in Naas, and he later worked at the shoe factory. He also spent some time working in White’s Hardware Shop, as did his father. He has a real passion for Gaelic football and has served on the County Board. He discusses local and county players and the work undertaken by the County Board. He has a clear recall of the old businesses in the town, such as harness makers, blacksmiths, tailors and seamstresses, shoemakers, bakers and pub and grocery businesses, and also recalls the proprietors and their business achievements. Jackie concludes the recording by singing a local ballad which he learnt during his early years as a wrenboy out and about on long ago Saint Stephen’s Days.