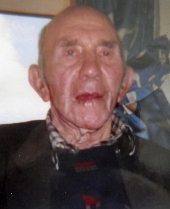 Track 1. James McCarthy describes the history of his family who lived in the foothills of Glentenassig for generations. His father, Jack McCarthy, had to leave the house for the USA during the Troubles because of his involvement, and he returned in 1934 to continue running the farm. A new house was built in 1934 beside the old thatched cottage, James explains. He details the story of his father’s accidental meeting in the USA of the Free State soldiers who had raided the family home and had driven him out, and explains that the house had been used to store arms. Track 2. The RIC barracks was raided for guns by the IRA and the raid on the family home was in reprisal for this event, James explains. Eugene McCarthy, his grandfather, who spent time in jail inTralee, is recalled. In 1958, forestry plantation was begun on the mountain, and joining the scheme in 1962 is recalled. Reclamation and draining the land and the use of dry stones to make boundary ditches are also subjects discussed. Track 3. The Co-Op at Castlegregory and Camp creamery are remembered. Also the pathway over the mountain from Glenteenassig to Annascaul is recalled. Track 4. On location, James talks about the old cottage and its rooms, and he details his memory of fencing and the management of the farm, surviving on the sale of plots of bogland which were in their ownership. The forge at the end of the road and a very simple life lived in his home place are described.