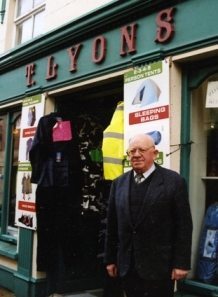 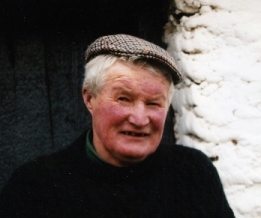 Track 1. Norah McCarthy remembers growing up in the ancestral home in Caher near Kenmare, and she explains that the house was built by the Landsdowne Estate in 1862. She recalls many stories told her by her father John, which include some stories about her grandfather, also named John, who was educated at Louvain, along with his two brothers. John returned home and married Catherine O’Sullivan from Shandrum, in the neighbouring parish of Kilgarvan. Her grand-uncle, Denis Florence McCarthy, worked in Cork city as a tailor. He was a Fenian who was involved in a rescue mission to Australia to free Irish prisoners. Track 2. Her father, John, was a judge in the Sinn Féin courts during the Troubles but took no part in the fighting during the Civil War. She describes her clear memory of witnessing the Black and Tans march out of Kenmare with a dozen local men as hostages. Norah also recalls the difficult time on the farm during the Economic War and having to leave school to look after her father who was ill. Track 3. In 1941, Norah left home to work in hotels around the country as a housekeeper before emigrating to New York in 1947 where she remained for two years. She describes her work there as a nanny, working for the film star Ingrid Bergman, and the difficulties within that household. Norah returned to Ireland but returned to the U.S. in 1955 where she worked in Los Angeles for Lee J. Cobb and his family. She describes the high life as it was lived by those people and acting as chauffeur, driving a pink Cadillac. Track 4. Norah returns to her memories of the time before she left Ireland and she recalls her job at the Butler Arms Hotel in Waterville, in 1946. She also describes how cooking was done at home over an open fire.