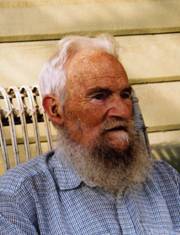 Track 1: Jane Waller discusses her ancestors, including the Mahonys, the Hoods and the Wallers, and her father Hugh Waller’s inheritance of the castle in 1951. She also explains her father’s work in reviving the salmon fishery there. Track 2: Jane Waller recalls her childhood and adolescence on holidays at Dromore with her siblings. The restoration of the house is also described. Track 3: Harold Mahony, who lived at Dromore in earlier days, was a fine tennis player, who was crowned Wimbledon Singles Champion in 1896. Jane Waller explains the circumstances of his death in Kerry. Track 4: Jane Waller discusses her passion for horses. Track 5: Her life and career in England is discussed, and her visits to Dromore with her father, Major Waller. Track 6: Jane Waller recalls the Agents – the Johnstons at Dromore. She explains the procedure of the boxing of salmon for shipment to Billingsgate for sale on the following day. Track 7: Jane Waller remembers the castle as it was, the rooms and their usage and their own domestic gas lighting system. Track 8: In 1993, on the death of Major Waller, it became necessary to put the castle on the market, and Jane Waller recalls that very difficult time. An earlier break-in and burglary at the castle is also recalled. Track 9: The reasons why the castle was never attacked during the 1920s are explained by Jane Waller. Track 10: When the castle was built in the early 19th century, materials were imported to build a Martello tower, which were used instead to build Dromore.