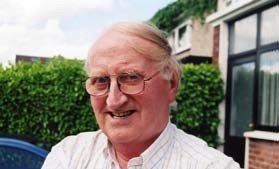 Clare is the birthplace of John Clohessy, who joined the army during the Emergency years. When Bord na Móna was recruiting staff in 1944, he obtained a position with them and began work in Timahoe. After a short time he was transferred to Killinthomas where he was placed in charge of the orderlies. He was later moved to Mucklon. He describes the Nissen huts and the food, and he recalls the pastimes such as handball and football. He was promoted to stock-keeper in charge of all requirements, and the dishing out rations. He recalls the work clothes and the motor bikes for the gangers. He retired in 1985, having spent 42 years with the Bord.