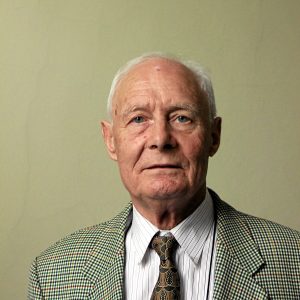 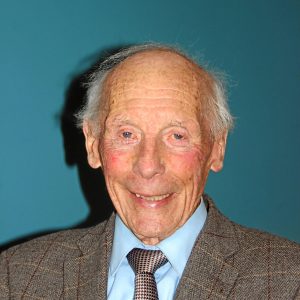 John Lombard is Dublin born, and his early years were spent there and in Youghal, Co. Cork. His father was employed with the Valuation Office, and as a young lad John would accompany him on his travels and assist with measurements, and he feels that this was the instigation of his interest in a career in engineering. He recalls his education and his qualification as a Chartered Civil/Structural Engineer.

His initial employment in 1965 was with Lisney & Son Estate Agents as a Junior Surveyor and shortly afterwards began work with Cretestone Precast Ltd. He describes in detail his responsibilities in the early days of precast construction.
He recalls and mentions his mentors and those who influenced him in his career.

From 1971 to 1976, he was involved in the construction of Sean Lemass House in St. Stephen’s Green, a new multi-storey office block on which the façade was retained. This was regarded as innovative at that time and was a challenging and satisfying project to work on. His days working on a Precast Housing Complex in Libya in 1979 are described.

He outlines the importance of a good professional working relationship with architects around the country, and explains that the company he worked for in the 1980s set up branch offices in Sligo and Galway. He mentions his work at the airports at Shannon, Dublin and Baldonnel and describes his involvement at those locations.

He was appointed President of the ACEI in 2009 and is now a Director. He outlines the brief of this voluntary body and its highly important input in representing the business and professional interests of companies and individuals in engineering practice.

John Lombard has wide ranging experience in the field, covering all forms of building and civil engineering projects.