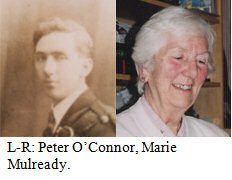 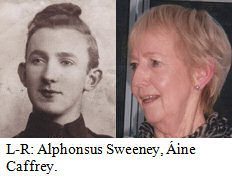 Track 1: Contains details of the assembly of the First Battalion, under Edward (Ned) Daly, at Blackhall Place in Dublin on Easter Monday, 1916, at 12 noon. The erection of blockades on Church Street and at Jameson’s Distillery, using sacks of coal and grain, and also horse carts, is described. Track 2: The absence of confrontation with the British Army on the Tuesday of Easter Week is recalled, as is the attempted prevention of looting on that day. Wednesday morning again brought no confrontation with the British, and the men spent the day at Jameson’s Distillery, helping themselves to cigars and flagons of whiskey, which they sent to headquarters. They also ensured that the horses at Jameson’s were cared for. Track 3: The sniper fire which began on the Thursday is described by John S. O’Connor, and the decision by Ned Daly to redeploy some of his men to Fr. Mathew Hall and North King Street due to heavy firing there, is recalled. On the Friday, the wait for the confrontation with the British, which never materialised, is described. The events of the Saturday are recalled, when, not having heard about the surrender, Ned Daly got his men into the Four Courts building through an opening made in the wall of the shoe shop next door. Track 4: John S. O’Connor describes the surrender of his battalion, and he offers great praise to its leaders, including Ned Daly, Fionán Lynch and Jack Shouldice. After the surrender, the men were marched to The Rotunda, where they were kept outdoors overnight. This period is recalled, as is the march to Richmond Barracks early on the following morning. The later march to the North Wall is also described, along with the great uncertainty felt by the men as to their final destination.