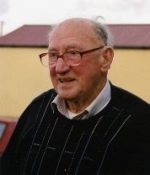 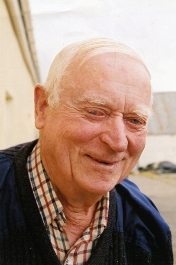 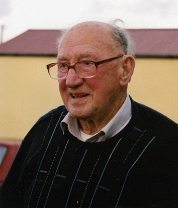 Track 1. John Stack explains why Banna Cross near Ardfert was also known as Charles Cross named after Dr Charles Casey who lived at Brandonwell. The Stacks’ house on the Cross was always known as the dancing house. He names the local families and traces their ancestors, including such families as the Sweeneys, O’Keeffes, Connells, O’Donnells, McQuinns, Finns, Flahives, Murphys, Hughes and Dillanes. The growing of corn and its sale to grain merchants in Tralee is discussed. Track 2. The division of land between members of the Stack family is recalled and the lives of some of his ancestors are described. Track 3. Memories of schooldays are described as are the Cronin blacksmiths, and John recites a text from memory relating to a local pipe band. He names the members of the band and recalls some local field names. Conditions during the Economic War are remembered and the Relief Scheme is discussed. The Market in Tralee, selling potatoes and onions, driving calves to the fair during the Economic War and bringing them home again unsold, are subjects discussed. Track 4. John describes the lucrative business of drawing sand and gravel from Banna strand in bygone days, and selling it to Gorman and Fitzgerald, building contractors in Tralee. The importance of keeping good horses and of being a good horseman is discussed, and a story is told about a horse which broke loose and went wild. Funeral customs, digging graves, shouldering coffins are discussed, and John recalls his emigration to London in 1948 to work in Birmingham and London.