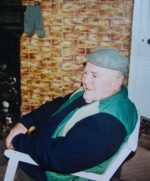 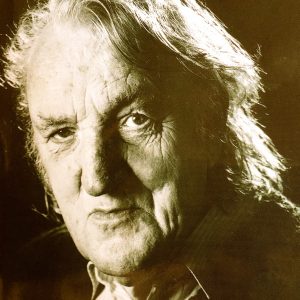 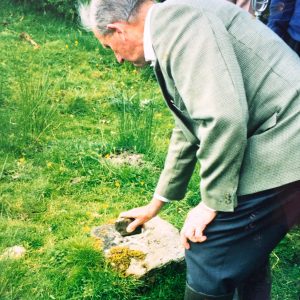 John Walsh comes from Ahabeg East, Parish of Lixnaw, Co Kerry. Living in his traditional Irish cottage with thatched roof and open hearth, surrounded by 19th century Irish country furniture, John spoke to me about local traditions, beliefs, customs and pishogues. He also shared the old techniques for spinning and dying wool and explained that one of the fields on his property was covered in ridges known as ‘famine ridges’. Our conversation then turned to a local burial site for unbaptised babies known as a ‘cillin’.  John shared the fascinating provenance of a pocket watch which had been handed down to him by his grandfather – a member of the ‘Moonlighters’ in the 1880s.  John concluded with a discussion about the discovery of a body in the local bog. It had been buried there, he said, during the War of Independence.