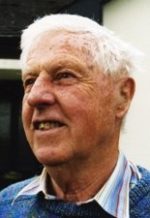 Track 1: Jonathan Bewley outlines the background of the Bewley family in Ireland since 1650, tracing his line back to Waterford where his great-great-grandfather, William Frederick Jacob, started the Jacobs biscuit business in 1860. Jonathan’s father, Edward Bewley, joined the company as an accountant. Track 2: A discussion follows on the Quaker ethos, which involves caring for employees first and foremost. He recalls that, in the case of Jacobs, this included the provision of a company doctor, a dentist, a school, sewing classes and housing for employees, as well as a swimming pool. Jonathan’s father, Edward, was a Director of the Royal Bank, and voluntary chairman of the Adelaide, Beaumont and Rotunda Hospitals. Jonathan remembers his mother who was a Boyd from Dublin, and a member of the Plymouth Brethren. He recalls his upbringing as a Quaker, attending Church of Ireland services. Track 3: Jonathan notes that, In the early 1960s he joined Jacobs as a mechanical engineer, having spent two years in apprenticeship in England. He brought his innovative ideas to Jacobs, and gained the post of Engineering Director, with responsibility for the installation of the machinery into the new factory in Tallaght. He describes how the move to Tallaght in the 1970s brought financial problems, resulting in downsizing and eventual takeover. Track 4: He reflects on changing times and traditions under Groupe Danone’s ownership and the departure of many of the long-term management team. He recalls when Bolands became part of Jacobs, with the support of the IDA. Track 5: Reflections are provided on the Jacobs workplace in the early days – a friendly and family-like environment, where many met and married and lifetime friendships were forged. Jonathan points out that he met his wife Joan there. Track 6: He articulates the traditional Quaker management system which seeks to increase local employment and to protect its labour force, and he reflects on the difficulties that arose with the advent of trade unions into the workplace. He discusses his departure from the business and his sense of regret at the manner in which things evolved.