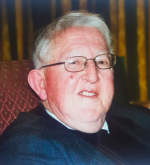 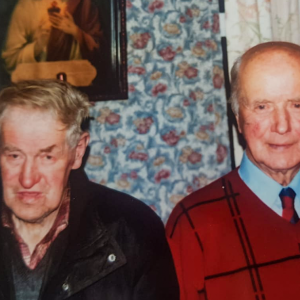 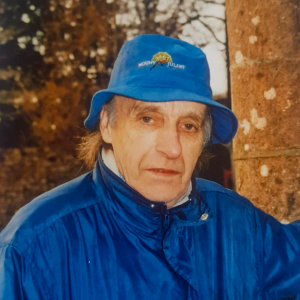 Liam Bolger discusses the genealogy of the Bolgers, back to the 16th century, and recalls how his ancestors came to the outskirts of Kilkenny City as farmers. An incident with his grandfather and the Whiteboys and emigration by Kilkenny people to Montana and Newfoundland, were described to me in great detail. Stories relating to the boot factory and the 1916-1922 period were discussed, as were the Gaelic League branch in Kilkenny and Kilkenny as a market town. This conversation also includes stories about the Tithe Wars.

In part two of the interview, Liam Bolger describes his time spent as manager in Delahunty’s shop, which was a hive of activity for many years. It displayed many of its wares outside the shop, as did many of the other merchants on the street. While looking through old photograph albums, Liam spoke about local characters, the tinsmiths, the ballad singers, the blacksmiths. An old shop ledger from 1847 gave a fascinating account and provided an insight into the social history of the town. The basket weavers from Castlecomer were also recalled.