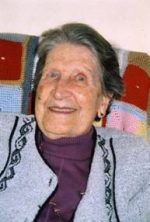 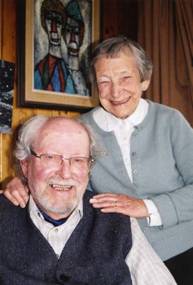 Margaret Lennox (née Smyth) was recorded at Orwell Lodge Nursing Home. Initially she recalls her early memories of life in Sandymount where she grew up. On Easter Monday 1916, she remembers her father lifting her onto the railings outside the house so that she could listen to the gunfire in the city. Margaret’s mother came from Galway. She was a teacher and was very involved in the promotion of Irish culture and the language. Margaret’s father worked as a clerk in Guinness’s. When Margaret left school she worked as a bookkeeper in a grocers in Ballsbridge, and later in Leverett and Fry’s in Sandymount. She chronicles the events of the Civil War as they were related to her mother by her friend who worked as a midwife. Margaret married Hedley Lennox from County Down in 1942. He was an accountant, and she discusses his working days. The couple moved to Seafield Avenue, Clontarf where they reared their family. Margaret recalls the local street gangs in the city in the 1930s, the Blueshirts and their activities and her family’s employment with the Irish Sweepstakes.