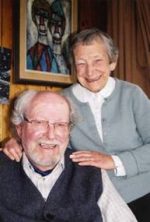 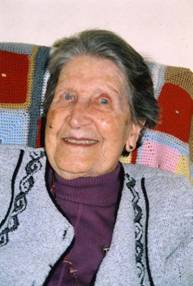 Rory Doyle grew up on Main Street in Tallaght and in this recording he recalls his early childhood there with his large family. He has clear memories of travelling on the Blessington – Dublin steam train. He was educated in a one teacher school in Tallaght by schoolmaster Jim Manning. From 1940-1947 Rory worked as a typesetter with The Gael Linn Press in Liffey Street, and later with The Independent. He also worked as a teacher in Bolton Street Technical College from 1952 until 1969. Rory and Ita (née Bolger), married in 1947, and Ita explains that she attended school at Eccles Street, and completed a commercial course at Skerries. She then attained employment in the library at UCD. Her father, Jim Bolger, was a journalist who was involved in the events of the Civil War. Rory Doyle retired in 1988. The couple discuss their son Roddy, and his wonderful achievements in writing, and explain that the family home was always full of books and was a centre for good humoured and lively debate.