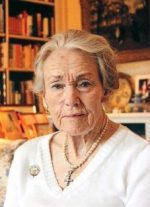 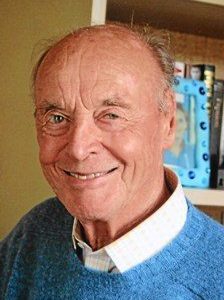 This second recording begins with recollections of the early years in the married life of Mollie, Marchioness of Salisbury at her home in Lodge House in Hatfield Park, where she worked on her first proper garden. In 1947 her grandfather-in-law, James Gascoyne -Cecil 4th Marquess of Salisbury died, and her parents-in-law took over Hatfield House where much work needed to be done to the house and gardens following the long years of war. In 1954, the family moved to Cranborne, where Mollie undertook tremendous work on the gardens, and was very much involved with horses and hunting. She was also kept busy with her young family. In 1972, on the death of her father-in-law, Robert Cecil, 5th Marquess of Salisbury, the family took over Hatfield House, and again, Mollie worked on her wonderful gardens there, while maintaining her interest in the gardens at Cranborne. Reverting back to earlier days, she recalls her wartime work as a VAD nurse in various military hospitals, including at Bath and at Salisbury, where she got to know the Cecil family. She recalls her meeting with her future husband, the Hon. Robert Cecil, and describes his wartime service with the Grenadier Guards during the invasion of Normandy in 1944, and in Malta. Her trip across the Irish Sea for a wartime visit to Adare Manor is described, and her views on Irish neutrality at this time are outlined. She also recalls the formality of dining at the Manor, when she would join her grandfather, Windham Henry Wyndham-Quin 5th Earl of Dunraven, for dinner in the evenings. The Hunt Balls and dinner parties and some of the attendant guests are remembered. She reflects on her memories of the domestic staff, the produce which came to the kitchens from the walled garden and the glasshouses, and shooting parties at the Manor. The wonderful haul of salmon and trout from the River Maigue is also discussed. The beautiful garden she created for George Magan at Castletown Cox in Co. Kilkenny is fondly remembered. While examining some family photographs in the library at her home in London’s Chelsea Square, Mollie speaks about her two sisters, Ursula and Pamela, and explains that the three girls were known as “The Three Graces”. They were famously photographed by Cecil Beaton in 1950. Her real passion in life was hunting, she explains, and she hunted with the Beaufort in Gloucestershire and occasionally in Leicestershire. She continued to hunt until the early 1980s, and she details the reasons why the Irish hunting at Adare was superior, in her view. The Dunraven Estate in Wales, and happy times swimming at Witch’s Point, are recalled. A more challenging time in her young life is reflected upon as she describes driving with a friend to Poland with a lorry load of medical equipment and provisions at a time of great need in that country after World War II. She felt that the British owed the Poles an enormous debt of gratitude and that they had been somewhat forgotten after the war. She was granted an audience with the Pope and was honoured by the Polish authorities in recognition of her great work. Her memories of the house to which her father retired at the end of his naval career are described, and she recounts an anecdote about a visit by President Putin to the Chelsea Flower Show during her tenure as Vice President of the Royal Horticultural Society.