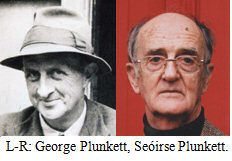 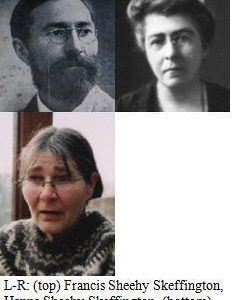 Track 1: Mary Johnson discusses her Shortis uncles and aunts of Ballybunion, Co. Kerry, her own childhood days in Rathkeale, Co. Limerick and Tralee, Co. Kerry, and her mother, Annie, who ran the public house business in Ballybunion. The great fear of tuberculosis which prevailed in Ireland in earlier days is also described. Track 2: Contains a description of the views of Mary’s mother at the way in which Ireland was being governed later in the 20th century, bearing in mind the enormous sacrifice made by her brother, Paddy Shortis, in 1916. Track 3: The appointment of Mary Johnson’s father, Richard Johnson, to the position of District Judge by Kevin O’Higgins in 1923 is recalled. Stories of threats to Richard Johnson’s life are recounted, as are some of the cases in which he was involved. His work as a playwright is also mentioned. Track 4: Richard Johnson’s involvement in the Sinn Féin Courts in Co. Limerick, prior to his appointment as a District Judge, is described. The attempted burning of Ballyard House, Tralee, owned by the Leeson family, by the IRA in 1926, and the restoration carried out by her parents when they later occupied the house, is recalled by Mary Johnson. Mention is also made of an O’Donnell man from Tralee who allegedly sent a radio message relaying instructions to the Volunteers who tragically drowned at Ballykissane Pier at Killorglin, Co. Kerry, in 1916.