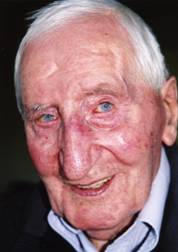 The old railway house on the way to Maddoxtown is the birthplace of Mary Meaney, and was also home to her mother and grandmother, who were employed to operate the railway crossing gates. She recalls the tragic occasion when her mother was fatally injured by a train at the crossing. She discusses the train times, the telephone warnings and the constant rail traffic throughout the days and nights. She also recalls working at Woolworths in Kilkenny, and later at St Joseph’s Laundry on the Waterford Road. She also worked for eleven years as a nurse assistant at St Canice’s Hospital in the city.