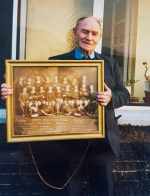 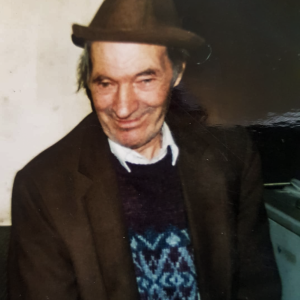 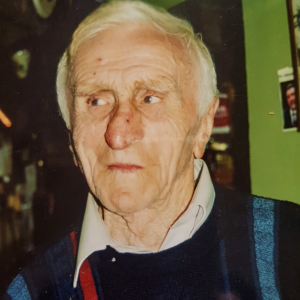 Maurice Curran (94) was born into a large family, and he declared that his mother was a very patriotic woman. He remembers her standing up to the Black and Tans, on one of their raids when they came looking for her son, brother and a friend, who were then in the Volunteers. His mother was a fluent Irish speaker, and composed poetry which she did for each one of the family when they finally left home. Events which took place locally during the Civil War were spoken about in great detail, including a story about Maurice’s brother, and a friend and neighbour, who were on opposite sides, after having fought side by side in the War of Independence. The interview concentrated on the Kerry football teams who played in the 1920s and 1930s and who travelled on to New York to play against many of the emigrants who had left the locality in previous years.