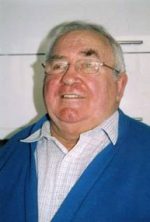 Maurice Kelly, better known as Sonny, grew up in Bohernabreena. His father worked at the nearby quarry and Sonny tells some very interesting stories about his days there. Sonny joined Urneys at the age of 17, and worked there until 1981. He was employed at the chocolate plant where they made chocolate crumb. Factory life during these decades is clearly described in all its variety, as Sonny moved to various departments. Sports played a major part in his life at the factory and he says it was a very good place to work, due partly to the social aspects of employment there. Sonny recalls many of the staff by name, and later discusses life in Walkinstown where he moved with his wife in 1962.