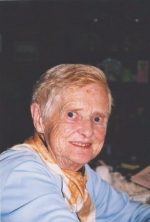 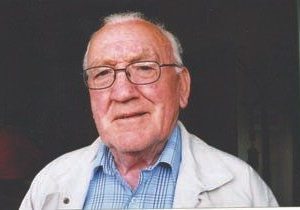 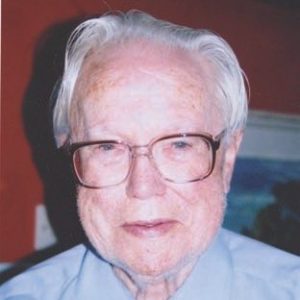 May McClintock was recorded at her home at The Rectory at Glendooen where she began by tracing her own Bonner family from Convoy, who lived there since May’s great grandfather’s time. She describes her extremely strict childhood years, being reared in the Presbyterian fundamentalist code. She trained as a national school teacher and taught for some time during the 1950s in the Church of Ireland School in Kildare Street in Dublin. She later taught in Portleen and remained there until she married. When the marriage ban was rescinded twenty-eight years later she returned to teach at the school. Her late husband John McClintock was a veterinary surgeon who served in the British Navy during the Second World War. She worked as a secretary with the Irish Farmers’ Association for thirty-two years and she discusses her work with the farmers in Donegal. May has a passion for local history and heritage and she joined An Taisce in 1970 in an effort to preserve our heritage. She has also been involved in local politics and is the author of several books on local history.