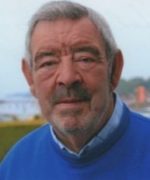 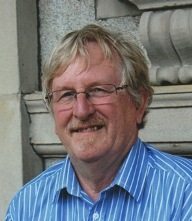 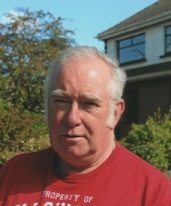 Track 1: Corkman Michael Honan explains his journey from there to Dublin and his career with Clondalkin Paper Mills as an engineer, Personnel Director and Executive Director, until its closure in 1981. He also discusses working in Killala, Co. Mayo, with the Japanese Asahi company. Following millions in losses over four years, the facility was on the verge of closure. The government of the day had wanted to send in Turlough O’Sullivan of the FUE (Federated Union of Employers) to restructure the business, and in order to help with this, Henry Lund of the Clondalkin Group was requested to release Michael Honan. After the initial year Michael successfully turned around the business and remained with it until its closure in 1998. He recalls starting out as an electrical engineer with the paper mills in 1967, and explains that he became very active in the Irish Engineering and Electrical Trade Union (IEETU) and was chairman of the joint strike committee, representing three unions, during national strike action from January to March 1969. Dr Cusack at the time was chairman of the FUE and Michael recalls that Dr Cusack did not hold a grudge and, in fact, promoted Michael within the electrical department and later to electrical planning manager. Michael’s appearance with Dr Cusack and Dan Macauley on the political television programme, Seven Days, is recalled, and also recalled is the cause of the 1969 national strike and the success the unions achieved. The poor industrial relations atmosphere at the paper mills during Michael’s time is remembered, and he also explains that in Dr Cusack’s time, tariff barriers ensured that there was no competition. Applications to import paper had to be made to the Paper Mills Association, which blocked competition by imposing heavy levels of government duties. As Michael explains, Henry Lund inherited a business which was run in an environment of heavy losses to competition, was highly inefficient and which produced bad quality paper relative to imports. Dr Cusack retired at a point when the pulp and paper mills were losing money at a great rate. Michael recalls the history of the Clondalkin Group from about 1970 onwards, including the purchase of other businesses. Over 2,000 were employed, but unfortunately, the paper mills was a drag on the whole operation. Clondalkin Group survived after the closure of the paper mills. Michael describes his career options in the early 1980s but he was then recommended by the FUE to turn around the Asahi manufacturing plant at Killala. The closure of the paper mills is recalled as is the role of liquidator Bernard Somers in the members’ voluntary liquidation. The rationalisation report compiled by Bill Scott is recalled, as also is the resistance of the employees’ action committee to any change. Track 2: Michael discusses further the belief amongst the trade unions that the government of the day would not allow the paper mills to close – a belief which he feels led to intransigence. He explains that much of his working life was devoted to the paper mills. He set up the sports and social club with Liam Stone, Gerry Courtney and others in the mid 1970s, which included ‘The Gluepot’ bar, a football pitch on the Nangor Road and the organisation of an annual dinner dance. He is proud of this achievement and also of the fact that he was appointed an executive director of the company. He says that the team he worked on with Henry Lund and Brian Molloy was the best on which he had ever worked. By the time the Canadians took over the paper mills he was very much involved with saving the Asahi plant. He recalls what he heard at the time and mentions John Kilduff who was appointed General Manager of the new paper mills. Track 3: The five executive directors during Michael’s time are named: Brian Molloy was Managing Director, Michael was Personnel Director, John Kilduff was Sales Director, Bill Scott was Production Director and Jim Daly was Financial Controller. Michael explains that they have remained friends, and he recalls that those times were difficult and the five executive directors had to stand firm. They received some ‘unsavoury threats’ and for this reason a Special Branch Garda was stationed outside his home. He believes that his health suffered due to his work at Clondalkin Paper Mill and Asahi, and he received a quintuple bypass in 2007. He recalls his work at Asahi and the agreement he made with the president of Asahi Chemical Industry Company of Japan before he began work. He explains that his approach was to act in a straight-forward manner until the intransigence throughout the plant was sorted out. The Japanese company was initially attracted by the cheap site, copious quantities of water and the outfall into Killala Bay. However, cultural differences soon became apparent. Michael explains that he came under a lot of pressure from his family when the move to Mayo was announced, but the family eventually settled in. Arising from his work with Asahi, Michael was given government appointments and he still represents Asahi’s interests in Ireland.