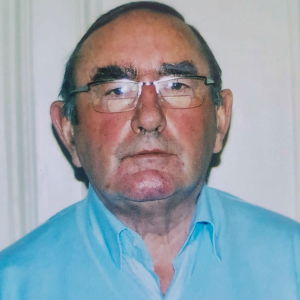 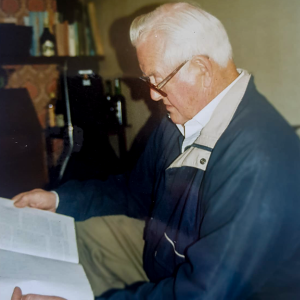 Monty O’Neill (74) traced the O’Neill family back for four generations. The family were of the Protestant faith. This interview took place by the sea-shore at Cromane where many a large haul of cockles and mussels were brought in. In this interview, the life of a fisherman is examined. There were seasons in the year for salmon netting and mussel fishing. In the winter months, time would be spent in England pulling beet. The local cottages were thatched with the white straw from the sand dunes of Rossbeigh across the way. Monty names the local families who survived on this way of life for many generations.

In part two of this recording, Monty O’Neill talks about the local rowing regattas and the great success enjoyed by local fishermen in the events. Puck Fair is also spoken about, and all its activities down through the years are described. Another aspect of this recording was the relating of place names and their meanings, and some local historical events which took place in Cromane and its vicinity were recalled.