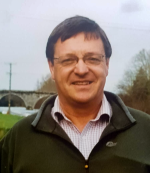 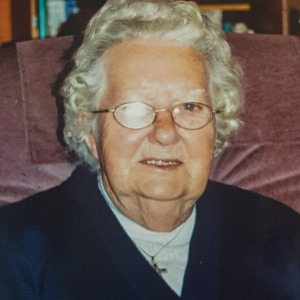 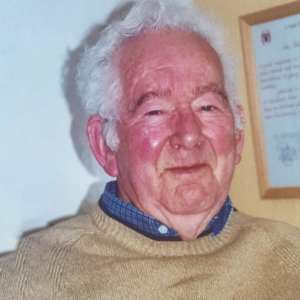 The Mosses arrived in Dublin just before Cromwell, and then moved to Queen’s County (Co Laois), north of Ballyraggett. In the 1800s some of the family came with the Pilworths and the Browns to Kilkenny; the Mosses to Bennettsbridge, the Pilworths to Thomastown and the Browns to Kilmacow. All three families were millers. Nicholas was brought up in the Quaker tradition. His memories of the mill in Bennettsbridge were of a very active place, exporting flour by rail in the 20s and 30s. Nicholas spoke about the local buildings and the local boat, known as the cot, which was used for netting and commercial fishing until the 60s. He pointed out a depression in the field caused by a canal which was designed and begun for the area in the early 1700s but was never completed. He gave an account of first getting into the pottery business, where the clay came from, production work in the building, which was once the mill and the vital role of the workforce at the pottery.