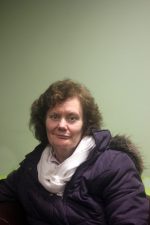 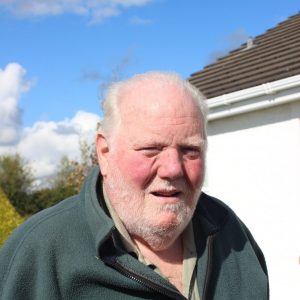 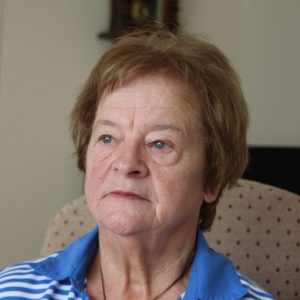 Noreen Clingan was reared in Derrylea with her three brothers. In 1979, she married George Little who farmed at Lisnamallard and was a part time member of the UDR. She describes the years of the Troubles as she experienced them as the wife of a member of the security forces, and she recalls waiting at home at night with her young family in an isolated location and wondering if her husband would return to them safely. One evening in 1983, she and her husband drove to their out farm at Mullinahorn, with their two-year-old daughter. Their second baby was due the following week. On arrival, due to highlighting caused by the setting sun, they spotted the wire which had been strung across the gateway. The security forces were alerted, the device was made safe, and the family later discovered that, had they detonated this, it could have caused a huge and life-threatening explosion. Noreen and George were traumatised by their narrow escape, and Noreen contemplated leaving the area, but they both decided that they would not allow the perpetrators to terrorise them into leaving. They found it difficult to place their trust in the local community as they felt that local knowledge must have been instrumental in the planning of the attack. She describes the divisions within the community in Newtownbutler, and also between members of the UDR and non-members. She clearly recalls the relief she experienced in December 1999 when the Good Friday Agreement came into force, and the visit made to her home at that time by members of the British military who were returning home.