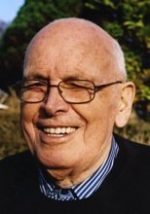 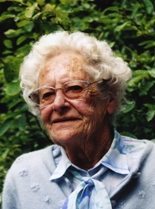 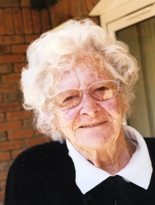 Track 1: The Lixnaw childhood of P. J. Harnett spent living in a railway house is recalled, along with the fact that his grandfather and his father both worked with the Great Southern Railways and he himself worked with CIE. His mother was a railway gate keeper. He mentions the timetable of local trains during his childhood and the drawing of lime from McAuliffe’s Monument Quarry in North Kerry. Track 2: The train drivers of earlier years are named and recalled, and he explains that three Fitzgibbon brothers from Tralee built the railway bridges. Track 3: Having finished school, P. J.Harnett worked with Kerry County Council as a ganger and later as a plate layer on the railways with CIE, a job his father had also undertaken. Track 4: In 1951, he came to Killarney, having got seasonal work with the Cahernane Hotel while still living in Lixnaw. He recalls the management and staff at the hotel at this time. Track 5: He recalls the single-gauge line from Tralee to Fenit, to Listowel and to Castlemaine, and the various people who worked with him on these lines. He also recalls manning the signal box and he remembers the Station Masters in each location. Track 6: The transportation of beet from Abbeydorney, Listowel and Ardfert is recalled and detailed, as is the transportation of wheat. Track 7: Working as Night Porter in the Great Southern Hotel Killarney is described, along with his uniform and his responsibilities. Some of the better known guests in the hotel are recalled.