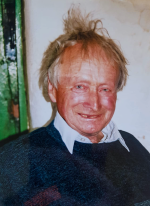 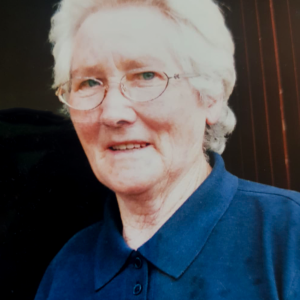 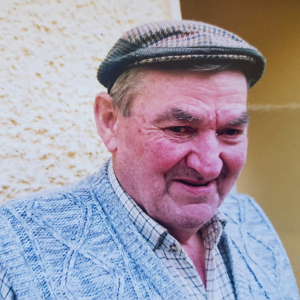 Pat Piggott (73) of Treanmanaugh, Clencar lives with his brother John in an old farmhouse, nestled into the side of the mountain. Both brothers are extremely shy. I interviewed Pat at his home in the company of his friend John O’Mahony from Glenbeigh. He spoke first abut his father, and Mike O’Connor’s wife, who was a Foley. Both came from the same townland in Dromid. He then recalled his early memory of his two baby sisters being buried in a Killeen for unbaptised babies on an island in Caragh Lake. The brothers would rarely leave their farm, which consisted of 100 acres of mountainy terrain. Occasions like Puck Fair and the journey to the village of Glenbeigh were indeed special outings. Stories about the pisheogs and superstition in general were recorded before I left the house, which has stood unchanged for nearly 200 years.