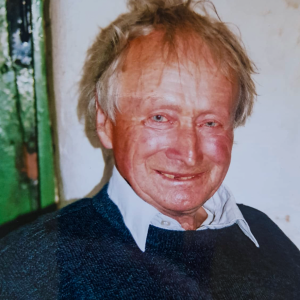 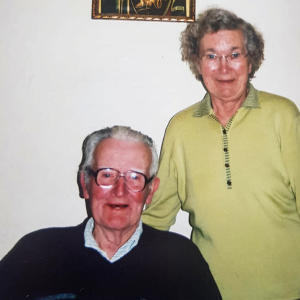 While collecting oral history in the Dromid area, I found it difficult to distinguish between the many O’Connor families in the area. The tradition there for many generations had been to nickname families in order to identify each clan. As John O’Connor (89) of Drenagh, Dromid told me, there were the Whiskers-O’Connors, the Bolas-O’Connors, and the Coomliagh-O’Connors. Also included in this interview was a friend of John’s named Mick Clifford from Filemore, who made interjections from time to time. Stories were recorded about the lake near his home, the local hedge-schools, teaching traditions, and his own schooldays. The local place names and their meanings were explained and John recommended that I interview his older brother, who would have a longer memory.