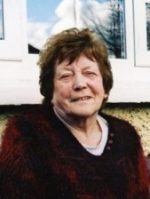 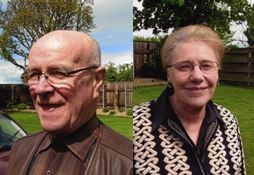 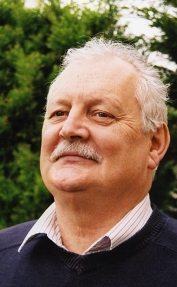 Track 1: Patty Fahy grew up on the New Road in Clondalkin, the only child of her unmarried parents, and she was reared by maternal relatives. She recalls a happy childhood, attending school in Clondalkin. After school, she went to work at Glen Abbey on the Tallaght Road and she moved to Clondalkin Paper Mills when she was 18 years of age. Initially, she was trained to count and stack the paper, and she explains the importance of counting the number of sheets of paper correctly. She recalls the good wages she was paid and the overtime, and says that she often worked on Sunday to check that the paper was coming out uncreased. She explains that the hours were from 8 am to 6 pm when she first began, and she mentions the damage done to her hands while working on this job. Her colleagues at the time included Monica and Deirdre Kennedy, a neighbour Harriet Coe, the late Mary Mulholland (née Rogers) and Rose Archibald from Drimnagh. She recalls the workers who came from Drimnagh and Bluebell when the Drimnagh Paper Mills were taken over, whom she would not meet again once they left on marriage. Patty also names Katie Smith and her good friend Jessie Morrow, and explains that Jessie became a supervisor, working in an office adjacent to Madge Dwyer. She recalls being asked to go downstairs to check the paper, and the machine set up by two German men who did not speak much English.
Track 2: The work in the counting room is described, and Patty says that sometimes they chatted with whoever was across the table from them and they would also have a singsong. The paper was brought up to the room by men and then the women counted the kraft (brown) paper. Patty remembers how particular they needed to be to remove the damaged paper and she admits that while the job was repetitive, the jolly crowd helped the day to pass. The late Nell Keogh is remembered as a great character. Patty met her husband, Michael Fahy from Galway, who worked at a machine downstairs, at one of the annual dinner dances. They got married in 1970 and she left her job at the mills, though she recalls that later an evening shift was introduced which married women often worked on. She talks about the cost of housing when she got married, and says that fortunately they bought their house and started from scratch, which turned out to be a good decision. Patty returned to work part-time for two years at the Little Chef restaurant on the Naas Road, and she later worked as a home help, looking after Tommy Keogh’s father and she also minded her grandson. Michael continued working in the mills but later moved to working in a cash-and-carry in the Robin Hood Industrial Estate. He now works as a driver. Tommy Keogh was paymaster at the mills and here he talks about the payroll routine every Friday. He recalls the robbery when the money was brought into the canteen, and explains that after this occurance cheques were introduced. Patty recalls her wages in the 1970s and handing her money to her parents while she was living at home. The women wore a blue smock to protect their clothes while at work, and Patty comments on the fashions at the time. She remembers the two restrooms and smoking there, but she says the men would often smoke outside. During her one-hour lunchbreak she would go home for her dinner. Track 3: Patty describes how the stacks of paper were taken out on pallets after being wrapped by men such as Ray Muldowney and Paddy Fitzsimons from Ballyfermot. She remembers Peter Byrne bringing small boxes in the lift. She says that she still meets Deirdre Dowling and her sister Phyllis, former colleagues from the mills.