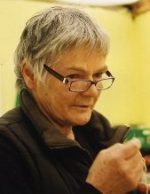 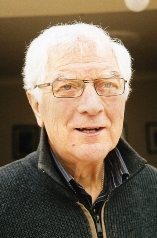 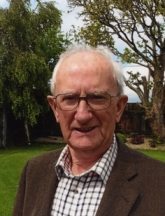 Track 1: Ann Cusack initially discusses her own business in the creation of knitted garments for designers. She recalls her father Albert’s recruitment to Clondalkin Paper Mills following his work on the rural electrification scheme for the Electricity Supply Board. The mills had begun working again in the 1930s following a period of closure. Albert was sent to Bertram and Sons paper mills in Edinburgh to gain experience and on his return he began work as an assistant general manager in 1937, rising to the position of Managing Director, and retiring in 1978. Ann explains that she worked briefly in the mills herself and she describes the running of the mills during the war. The factory was run on a six-day week until the 1970s, at which time the mills also worked on Sunday. She recalls some influential families in business at that time, people such as the Macardles from Dundalk and the O’Briens from Edenderry, and she considers that such men were driven to succeed in the new independent Ireland. Her father’s trips to America on business are recalled, as are the difficulties encountered with currency controls. Ann recalls her paternal grandfather’s involvement in the War of Independence and the influence of this involvement on his son, Albert. The takeover of other paper mills and the growth of the company in the 1960s and 1970s are described. Track 2: Ann recalls turbulent times for the mills, particularly with the rise in the cost of energy following the oil crisis in 1973. The competition with large Scandinavian operations is considered. By that time, many of the employees were not living in the local area and so the village was not as affected as it had been during the earlier maintenance strike, when the factory was closed for many months. Her father’s work with the Department of Justice and with the rehabilitation of drug addicts is recalled, and Ann explains that the centre in Neilstown was named Cusack House for him. He continued his community work with involvement with Meals on Wheels and the Chamber of Commerce.
Track 3: Some documents are examined, including her father’s offer of employment as assistant general manager in January 1937, and Ann explains that after taking up the position he rented Raheen House where she was born. While studying engineering at UCD he stayed with his uncle Christopher Albert Cusack, a dispensary doctor, in North Great George’s Street. Ann talks about her father’s involvement with the change from one energy source to another for the boiler at the mills during WWI1, and she recalls her three years working in the cost accounting office in the mills. Tom O’Carroll and Colm Gooseberry were her colleagues in that office, she explains, and she also recalls Patrick Egan who was secretary, and also his predecessor, Gerry Crawford. She concludes by telling an anecdote about the financial prudence which operated for every person in the company.