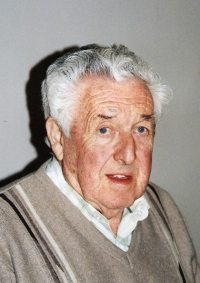 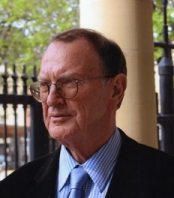 Track 1: The Farrelly family originated in Co. Meath, but Richard (Dick) Farrelly was born in Edenderry, Co. Offaly where his father worked as a butcher. Having finished national school he served his time as a butcher, but was sacked by his father. He then spent some time serving behind the bar of Pattersons public house before moving, in 1945, to Rathcoole, again working in the bar trade. In 1951, he began work at Swiftbrook Paper Mill, working on one of the machines. He describes what each of three machines produced, including all the paper for Oifig an tSoláthair (the Stationery Office), Swiftbrook bond paper and the lighter bank paper. His first job was as a sizer man on the No. 2 machine and Dick describes this work, and remarks on an interesting fact relating to the requirement in the GAA rulebook that Irish watermarked paper must be used. He explains that Swiftbrook mills was a very busy place to work, with three shifts employing mainly local people. He relates an anecdote involving smoking and explains the necessity of complying with this rule. The owner of the factory, Mr Horgsburgh, lived on the grounds and was strict with his employees. Unlike Clondalkin Paper Mills, Swiftbrook bought in pulp which arrived in bales, and Dick describes the process of turning the pulp into a liquid, ready for making paper. He recalls Jeff Smurfit, father of Michael Smurfit, arriving in a truck to buy waste from the pond to bring to his cardboard factory in Clonskeagh. Dick discusses the water which came from Brittas ponds where Joe Dowling, the water bailiff, controlled its flow down to the River Camac. Track 2: John Sexton started in the paper mills in 1972, working in the Standards Office, and he describes the work done by this office. Later, he moved to export sales where he was to remain until the mills closed in 1981. His job was to co-ordinate export sales, so he dealt with the mills’ agents in the UK, Holland and Germany. He explains that the paper mills was quite small by European standards, but the quality produced was very good. He describes the various kinds of papers made by the machines and he remarks that the capacity from the mid-1970s was about 40-45,000 tons a year and, on occasion, the factory might close on a weekend owing to lack of orders. It was only in the last years that export sales increased, he says, and explains how the overseas agents operated on behalf of paper mills. The machine-glaze paper was sold to manufacturers as a brown bag paper generally. He remembers Superior Packaging in Finglas which made much of the bread packaging from Clondalkin paper, which was then printed and waxed. In his opinion, at that time the paper mills was quite small and quite old, and heavily dependent on the labour force, whereas continental mills were much larger and were automated. Track 3: Dick talks about his move to sales at Swiftbrook, and explains that he generally sold in bulk to merchants rather than printers. These merchants were middlemen such as Irish Paper Merchants, Wiggins Teape, Spicers and Glen Valley. He moved to Clondalkin Paper Mills in 1971, doing the same job. As far as he recalls, most of the newsprint was imported from Scandinavia and the quantities produced by Clondalkin were not huge. He considers the reasons why Swiftbrook closed, and he feels that it may have been related to the small amount of pulp being purchased. Swiftbrook was bought in the late 1960s and remained open for about another two years. He remembers that many of the men were taken on by the Co. Council as roadmen and the site was taken over by Brittas Plastics, a much smaller operation. He recalls the fine papers produced at Saggart mills from rags, such as loose-leaf ledger paper often used in offices. The rags and china clay produced a strong paper, suitable for ledgers, he explains. Track 4: John remembers the business in the 1970s and considers that the market was, to some extent, insulated by a preference for Irish-made paper. He recalls the different kinds of paper imported and not made in Ireland, and he explains that by the time the paper mills closed, he was heading the export sales office. With hindsight he considers that the competition from abroad was too intense, and there was no chance of survival. He mentions Freedman McCormack, the Canadian company which took over Clondalkin, and Dick recalls this period. He was very disappointed when the paper mills finally closed as it provided a great job, he maintains. John remembers that about 650 people, many of them from the same families, were employed at the time of the closure. Dick talks about the role of the shop stewards and the contentious issue about whether they supported the workers properly. He remembers the subsidy that paper mills could avail of at one time in order to sell paper more cheaply than any imports. He describes the furnishing of the paper produced by the Canadian company as too rich, and in his opinion it destroyed the Swiftbrook bond reputation. John explains how Clondalkin paper mills produced the Swiftbrook products from the early 1970s but then, from 1977, a minimum order for paper was introduced. Because of this, Swiftbrook began again in the old premises as a paper merchant, and this company still exists today as part of Clondalkin Group.