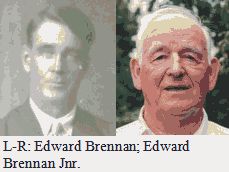 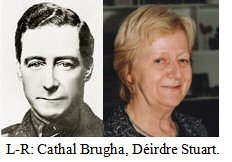 Track 1: The involvement in the 1916 Rising of the four Boylan brothers, Seán, Ned, Joe and Peter, is described by Seán Boylan. He also describes the capture of his uncle, Peter Boylan, in Canada in 1915, when he was carrying despatches for the IRB. The background to the Boylan family in Dunboyne, Co. Meath, and their support of Charles Stewart Parnell, is also discussed. Track 2: The Boylan family’s involvement in the Rising, including that of his aunt, Mary Jane Boylan, is discussed. Seán recounts stories about the events of Easter Week as they were told to him by his father, Seán, and other family members. Track 3: Contains a description of the injury from explosives suffered by Seán Boylan Senior in 1919, during the War of Independence, his testimony to the Bureau of Military History and his dissatisfaction with this process. Seán Boylan recounts an anecdote told to him by a comrade of his father’s on the occasion of Seán Boylan’s removal following his death. Track 4: The reasons why the Boylan family took the Free State side following the signing of the Treaty, and the request to Seán Boylan Senior, by the Irish Army, for his assistance at the Curragh Camp in 1922, are explained. The interviewee describes his discovery, during the 1966 Commemorations, of the importance of his father’s role in Irish history. Tracks 5-7: Contains a discussion on the many family connections to the 1916 Rising which Seán encountered during his schooldays at Belvedere College in Dublin. His views on his father’s role in Irish history are discussed, as is the reason why the interviewee was called ‘Camillus’, being named after the Capuchin priest who attended his father on the night before his planned execution, which was later commuted.