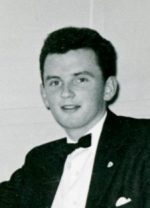 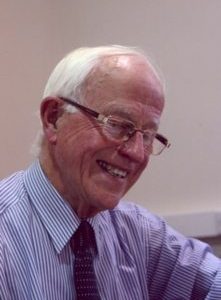 The Moran family lived in John Street in Dingle and Seán Moran’s father, Jack, was involved during the War of Independence and the Civil War in Kerry. His grandfather, John Moran, gave long service in the British Navy, including during WWI, and his uncle, Tom Moran, served in the British Army. Seán recalls and describes the service of both of these men. He left school in 1954 to work with his father who ran a hackney business in Dingle, and he recalls the journeys made to Cobh and to Shannon Airport transporting whole families who were emigrating from Ireland. He went to work in London in 1955 and remained there for a short time before returning to Dingle to take over his father’s business due to the latter’s ill health. He describes life in the town in the 1950, and recalls the Fair Days, the railway and other details. Everything changed for the town of Dingle, he says, following the arrival of the cast and crew for the filming of Ryan’s Daughter in 1969. He was to employ 56 drivers and run a great many vehicles during the filming, and he speaks anecdotally about transporting Sarah Miles and other well-known personalities and explains that he became the private chauffeur to actor Robert Mitchum at this time.