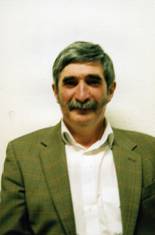 Miriam Buckley grew up in Waterford, and studied music under Aloys Fleischmann at UCC, graduating with a B.Mus. She discusses her days at UCC, and the influence of her teacher Seán Ó Riada. She recalls her contemporaries on the course, people such as Micheál Ó Súilleabháin and Richard Goodison. She very much enjoyed playing the viola in the Fleischmann Orchestra and she also taught piano part time at the School of Music. She was involved in a music group, Pangur Bán, in the early 1970s, which later became known as ‘The Tribal Gathering’, to the dismay of Prof. Fleischmann! While studying for her Masters in 1975, she made the decision to enter the Poor Clare Sisters rather than complete her studies, and she discusses the reasons for this huge decision.