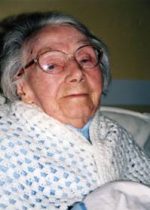 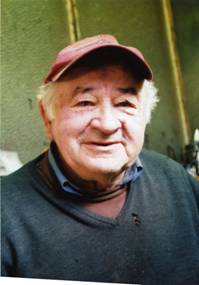 Sister Teresa McCarthy is now resident in Presentation Convent in Kilcock where this recording was compiled. Sister Immaculata initially introduces her friend, Sister Teresa, and describes her long life of achievement in Mountmellick where she taught music and helped to revive the Quaker tradition of embroidery work. Sister Teresa was born and reared in Abbeyfeale in West Limerick and she recalls her early life and her decision to join the Presentation Order in Mountmellick. The nuns in Mountmellick lived in a large old house which had been previously owned by the pim family who were Quakers. On exploring the attic of the house one day, Sister Teresa came across an old trunk, which on opening she discovered a treasure trove of designs for embroidery work. These exquisite designs and patterns had a profound effect on her, but due to her busy teaching career, in music and other subjects, she found no time to pursue her interest in the needlework. In 1974 she decided to revive the tradition of embroidery work in the town, having initially worked on a small square piece of material, which was much admired and commented upon. She describes in great detail the way in which she engendered local interest in the craft, and at this stage in the recording, Sister Teresa was joined by two local ladies, a mother and daughter who had both been taught the stitch by this fine woman. Annie Kelly and her daughter Rita Conroy recalled the wonderful legacy Sister Teresa bestowed on them during her long teaching career.