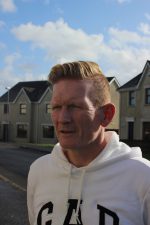 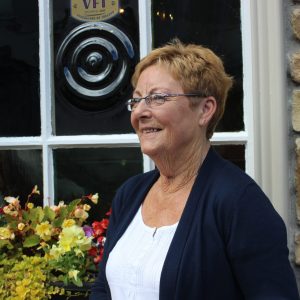 Samuel Gault, the father of Stephen Gault, was born in Larne, Co. Antrim and he joined the RUC in 1958. Stephen explains that his first experience of the Troubles occurred when a bomb exploded beside an army jeep which was carrying his mother Gladys, a sergeant in the UDR. Luckily, she escaped injury. On 8 November 1987, when the bomb exploded on Remembrance Day in Enniskillen, Stephen was with his father at The Cenotaph as they waited at the top of the town for the parade to pass. His mother Gladys was acting as usher at the Cathedral on that day. He recalls the terrible moment when the explosion occurred, and the fatal injuries inflicted on his father. Stephen was lucky to escape with superficial injuries and he credits the leather jacket he wore that day with saving his life in the immediate aftermath of the bombing. He has a clear recollection of a warning from his mother addressed to him and his brother about not taking revenge for the death of their father. On the day of the wake of Samuel Gault, Stephen recalls being told by a Catholic business man that he was ashamed of being a Catholic and of the actions of those within his community. He recounts the grief and trauma suffered by the Gault family in the aftermath of the atrocity.