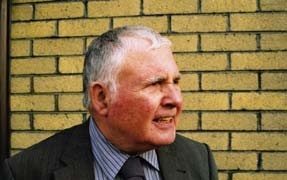 Terry Layton was born in Wellington Bridge where his parents had been shopkeepers, and this recording begins as he speaks about his background, his decision to volunteer to join the British Navy in 1939 and his feelings at being rejected due to previous injury. After a period in the Southern Press Tool Company he attended a teacher training course in Dublin. He recalls his days as a student in the Crawford, and undertaking a course in Electrical and Mechanical Engineering. At the beginning of his teaching career in 1948 he was appointed to teach engineering at the Crawford. He recalls the members of staff there and their departments, and well remembers the very positive atmosphere which prevailed. Subsequently he was transferred to the Marine Engineering class and he speaks about the developments in Nautical Studies. The move to Bishopstown is recalled in detail, and he also discusses his membership of the Cork City branch of the TUI, of which he was chairman.