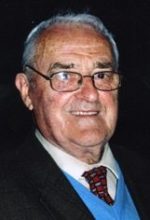 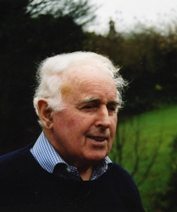 Track 1: Memories of the malting mills on the banks of the Shannon, owned by the Wallers, where he worked from the age of 17 until his retirement forty-eight years later. Born into a family of twelve, he reminisced on earlier generations of Nallens who came from Crossmolina, and the circumstances which led to his father and uncles settling in Banagher and setting up in business. The experience of working at the maltings, which used technology that was revolutionary for its time. Track 2: The use of the barge boats to service the mills. His roles and responsibilities in the various departments in which he worked. Described the huge tonnage of wheat transported from the mills by canal barges and the railway. Track 3: The barley malting, and the manner in which this was contracted to local farmers, who got premium prices for their product. A detailed account of the process by which the barley arrived from the farmer to the final stage of its storage in the mills. Memories of Stephen Powell, an agricultural adviser employed by Wallers, who also acted as a salesman for the company. Recalled also the Department Inspectors who visited the mills. Track 4: Becoming a Managing Director of the company, and in 1972, his move to Williams’ Mallting Mills in Tullamore as a consultant; the need to make major changes there. Track 5: His retirement in 1993 and the decline of the malting business in Banagher. Track 6: Recalled his earliest memories of the local blacksmith, Jack Gibbons, who was employed by the Wallers to service the four-wheel drays and shoe the horses.