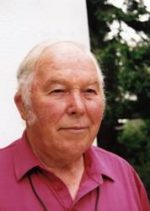 Tom Brennan owns and runs Coolgrange Stud Farm. The family home was originally occupied by the local Catholic curate. Tom discusses his memories of the coming together of a group of local people in the 1950s to organise a fete lasting several weeks, to lift the spirits of the local people, during difficult times financially. Tom’s entrepreneurial talents are very evident during the course of the recording, as he discusses the origins of the stud farm and the purchasing of highly bred stallions, such as The King of Diamonds and Lawton’s Flight, “the best jumping horse Ireland ever had.”