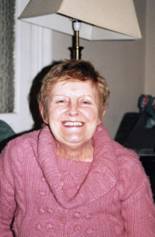 Treasa Healy grew up in Sullivan’s Quay, and from an early age she displayed great talent for music and voice. At the age of 12 she conducted a choir for the Presentation Sisters, and in 1954, aged 19, she participated in the first Choral Festival in Cork. Her career of teaching singing part-time in schools, at the rate of 6/9 per hour from the VEC, began, and shortly thereafter Paddy Parfrey, head of the School of Commerce, appointed her as a full-time teacher, and she taught for 6 years in this capacity. In 1965, she became redundant when the curriculum for schools was altered, and music became an official subject. She had also undertaken a secretarial course at this time and she gained a part-time secretarial position at UCC in 1965. Prof. Fleischmann required secretarial assistance in the Music Department, so she was also appointed to this position. She recalls some wonderfully talented students such as Micheál Ó Súilleabhaín. She had the unenviable task of informing Prof. Fleischmann of the death of Tilly Fleischmann. In 1970, having qualified with a B.A. From UCC, she began to teach in Scoil Naofa where she remained for two years, and subsequently, she taught singing in the North Presentation Convent until her retirement in 2000.