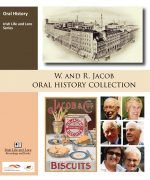 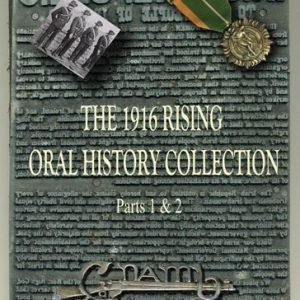 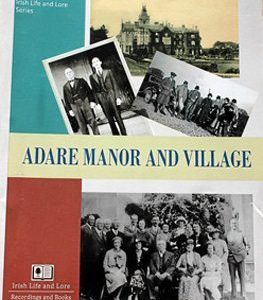 This W. and R. Jacob Oral History Collection is compiled of 16 audio recordings. Participants within this collection were interviewed in 2014.  Five of these recordings are outlined below:

Track 1: Michael Jenkins outlines his family connection with Jacobs, which comes through his grandmother’s line, and he recalls his entry into the family business after graduating with a psychology degree from Trinity.

Track 2: Memories are provided of Michael’s father, Jeffrey Jenkins, who read Classics at Oxford and was a Director of Jacobs from the 1930s. His father’s disillusionment at De Valera’s economic policy of the time is described by Michael, who says his father believed that this impacted negatively on Jacobs which was a thriving business until the early 1940s. His father’s Quaker background, which made him a benevolent employer, is also described. Michael’s grandmother, whom he knew well, and who became a Christian Scientist, is also recalled. His father’s experiences in England during World War II at the Admiralty, and his focus on rebuilding Jacobs after the war years is remembered. Michael recalls his own introduction to the factory floor in 1963, at which time his father Jeffrey and Edward Bewley were joint owners.

Track 3: Michael describes moving into the research and development sector of the business, pointing out that it was he who introduced polypropyline, the first synthetic material to be used in packaging. He also liaised with the design consultants and advertising firms who worked with Jacobs. Memories of the takeover of Bolands, and his responsibilities in this area, are described, as are some suppliers of packaging of the time, and the tin containers which were manufactured on site. Michael’s father’s responsibility for the coordination of the new building at Tallaght, working with the designers of the project, is described.

Track 4: The cross-fertilisation between the Liverpool and Dublin factories is recalled, with Liverpool eventually taking over the exporting side of the business. An anecdote dating from the days leading up to World War II is told, in which De Valera, who lived in the same street as Michael’s father, instructed him in the use of a stirrup pump for fire-fighting. A description of the five-storey building which housed Jacobs factory in Bishop Street is provided.

Track 5: Michael’s decision to leave the company and to join Smiths of Whitehaven, (Superior Packaging) in Finglas is discussed, as are his memories of keeping in touch with events in Jacobs through regular discussion with his father.

Browse and/or download the individual recordings in the W. and R. Jacob Oral History Collection here