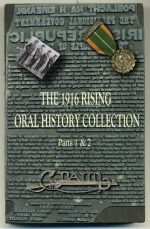 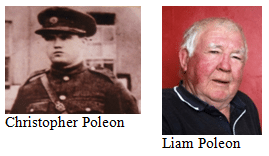 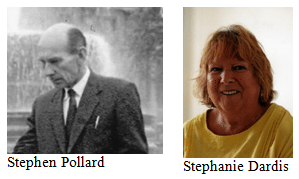 In February 2012, the Department of Arts Heritage and the Gaeltacht supported us in the compilation of an oral history collection of interviews relating to the Irish 1916 Rising. This project was launched by Minister Jimmy Deenihan at Dublin Castle on 13th November 2013. A further 134 recordings have since been added to this collection with the children, grandchildren and other close relatives of the people central to events at Easter 1916.  The complete 1916 Rising Oral History Collection comprising 245 recordings, with an accompanying 240 page catalogue, was presented by President Michael D. Higgins at the National Library on January 21 2016. Valuable historical and personal information can now be accessed through this oral history collection.

Participants within this oral history collection include:

*Also included in the oral history collection are some early interviews of central figures in the Rising. These recordings were donated to the project by their families, who also generously contributed many historical documents and photographs.

The full 1916 Rising Oral History Collection, on sale for €1,350, comprises the following:

The 1916 Rising Oral History Collection Catalogue & Soundclips CD can be purchased separately for €30.

Browse the individual recordings in the collection here