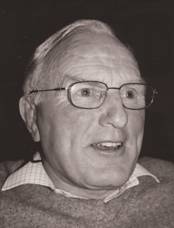 Willie Connors grew up in Sharavogue, on a small farm which was originally part of the Hastings estate. His father was a groom working for Brigadier General Lloyd in Gloster House, and part of his daily routine would involve practising the game of polo with the Brigadier. Willie began as a footman for the Brigadier and his nephew. In this recording, he describes how the Brigadier’s militaristic attitude created an atmosphere which made life difficult for the butler, and is a nostalgic look back into Gloster House, which he had not revisited for 40 years. He went on to talk about his years working as a butler for the Earl of Rosse at Birr Castle. We later spoke with the present owner of Gloster House, Tom Alexander. He spoke about the restoration work being carried out, in the company of Maura White, Paddy Gorman and Willie Connors, who gave their comments on this magnificent Georgian building and grounds, which are now being overseen by Tom Teahan, the resident gardener for the last 25 years.