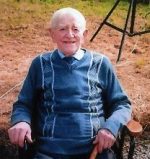 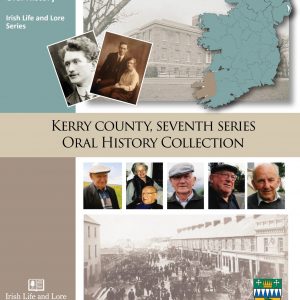 Track 1. Batt Brosnan describes his background, and recalls his schooldays, his teachers and the school books used, reciting from memory. The War of Independence, the ambush at Tureengarrive and the burning of houses in the village of Ballydesmond by the Black and Tans are recalled. Also described is his time in England, working on building sites in Bath for one shilling an hour, from 1935. The poor conditions in pre-war days and his work in a munitions factory are also discussed. Track 2. Batt returned to Mastergeehy in 1947 where he built his own house in stone. He recalls the introduction of electricity and pumped water and the slow disappearance of life from the countryside. He also talks about the craft of thatching and the materials used. Track 3. Local characters, the superstitions, pastimes, house dances and the game of handball are discussed. Pádraig O’Keeffe, the fiddler, is remembered with some anecdotes included, and also recalled is blacksmith Tim Hickey. Batt gives his views on the recent troubles in the North and finally, the workings of a lime kiln on his land is described.