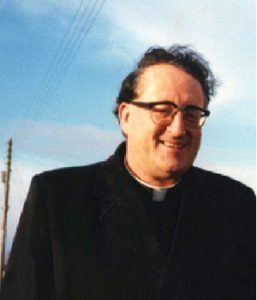 At the advanced age of 97 years, John recalls his memories of the early part of the 20th century around his home in Annascaul, Co. Kerry. John was born and lived all his life in Crom Dubh and attended the local school before it was rebuilt in the 1914. John described the old methods of farming and the storytelling that went on around the open hearth in the evenings. The interview also featured many stories about the famous explorer, Tom Crean. John then moved to a discussion about his membership of the local branch of the Irish Volunteers during the Irish War of Independence and his memories of skirmishes with the Black and Tans. During one ambush a relative of the patriot Thomas Ashe, was seriously wounded. John also described the painful divisions during the Civil War.