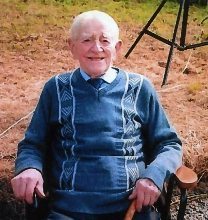 Track 1. John Collins’s father, Con Collins, grew up in Monagea in West Limerick and he emigrated to London with his two brothers to work with the British Civil Service in 1902. His son discusses London as it would have been in those days, its people, the women’s movement, radical ideals and the formation of the Irish clubs. Track 2. On his return to Dublin, Con stayed with his brother on the North Circular Road and joined Keating’s Branch of the Gaelic League. The rules and regulations of the League are discussed. Con’s meeting with Sheila Flanagan (later Mrs de Valera) and The O’Rahilly, his work on the publication of the newspaper An Claidheamh Soluis and his introduction by Sean McDermot to the IRB are described. The landing of guns at Larne is also mentioned. Track 3. John tells of his father’s arrest on Good Friday 1916 in Ardfert en route to Banna in Co. Kerry, the reasons why he was in the county and he gives an account of what occurred that weekend. He explains that his father knew Robert Monteith and he discusses the disappearance of Daniel Bailey after the parting from Roger Casement on Banna Strand.