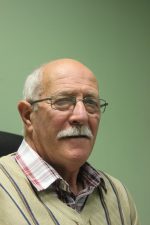 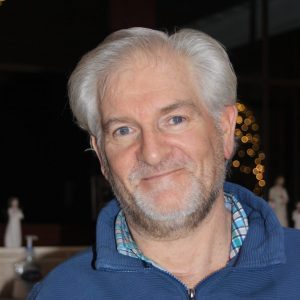 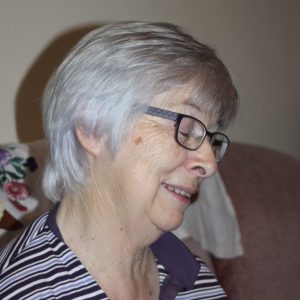 Bert Robinson’s father Bob ran a handyman business in Ballyconnell, Co. Cavan in earlier years, before moving to Derrylin in 1939 where Bert was reared and where he learned his father’s trade. Following his marriage to Primrose Morgan he moved to Newtownbutler in 1969, setting up his own building and joinery business in the town. He recalls the terrible years of the Troubles in the town, where several of his friends were murdered in their business premises, among them Bobby Crilly and Richard Latimer. Among the many atrocities committed, Bert recalls the murders of these two friends in January and June 1980, and of John McVitty in July 1986.He had run down his business due to intimidation around this time. An insight into the constant bombing in the town is provided when Bert explains that he had to replace the glass in the newsagents’ front window on fifteen occasions. He feels that the Irish Government must take the blame for not curtailing the activities of the IRA during the Troubles, though he praises the local GAA clubs for now welcoming British security forces members. Bert is now involved in cross-community work and he strongly believes that it is essential for both communities to each respect the customs and traditions of the other.