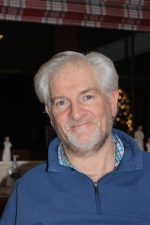 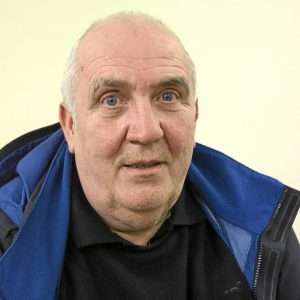 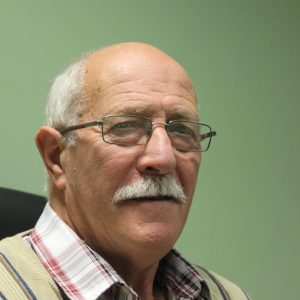 Geoff Smith grew up on a farm at Drumantine near Newry, Co. Down. He joined the reserve police force in 1982 and the following year he became a full time member at the Enniskillen depot. In the same year he met his future wife, Debbie Robinson. He worked in the Traffic Branch in the RUC, and on 18 June 1985 he and his colleague, William Robert Gilliland, were on mobile patrol when a terrorist landmine was triggered under a culvert on the road; Constable Gilliland was killed and Jeff Smith paralysed from the waist down. He recalls the trauma, the aftermath and his long rehabilitation, explaining that he had become engaged just six weeks prior to the atrocity. He mentions the great support afforded him by his RUC colleagues but felt badly let down by the authorities with regard to the compensation awarded to him. The IRA claimed responsibility for the atrocity, but no person was ever held accountable. He makes the point that it would have been preferable if both Catholics and Protestants were recruited equally into the RUC during the Troubles. To his and Debbie’s great joy their son was born in 2007, an event which heralded a new and much brighter period in their lives.