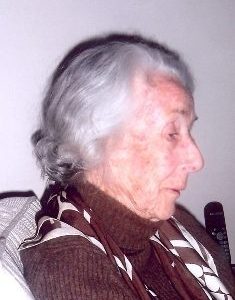 Bertie Ahern initially outlines his family background. Both his parents were natives of Cork and his father, Con Ahern from Belgooly near Kinsale, was a member of the Third Cork Brigade of the IRA and later of the First Cork Brigade. He had acted as a dispatch man locally in 1916, and was to become involved in the War of Independence and the Civil War. As a result, he was interned in Cork Prison and in Tintown in the Curragh. He and his family attended all the 1916 commemorative events 1966 which are well remembered by his son, and he was a great supporter of the National Graves Association. He died in 1990 and is buried in the Republican Plot in Glasnevin Cemetery. He did not accept the military pension, his son explains, though he did use the military references he received from his superiors to help to secure employment later on. His wife, Julia Hourihan, from Castledonovan near Bantry in West Cork, passed many stories about the Black and Tans in West Cork to her children who grew up in a republican household in Drumcondra. Bertie Ahern recalls the friendship between his father and Cork republican Tom Barry and the extended Price family who lived near the Ahern home in Drumcondra. He discusses the actions of the men and women of 1916 and describes how he would wish the Rising to be commemorated into the future. Also discussed is the decision by Éamon de Valera to not accompany the Irish delegation to the negotiations in London prior to the Anglo-Irish Treaty in 1921. When Bertie Ahern became Taoiseach in 1997, the ceasefire in Northern Ireland had broken down. Negotiations began with the Northern Ireland parties in September 1997 and continued until the signing of the Good Friday Agreement in April 1998. He speaks in great detail about his involvement in the peace negotiations and discusses the real risks at that time, none more so than the poll conducted by the Belfast Post shortly before the signing of the Agreement which indicated that just 5% of the population felt that the Agreement would be signed. Failure stared all parties in the face over those arduous days. Bertie Ahern worked with a small, tight delegation in London initially which included Dermot Gallagher from the Department of Foreign Affairs and Tim Dalton from the Department of Justice. He explains that he was the only politician present. Later in Belfast he was accompanied by David Andrews, the Attorney General David Byrne, and Liz O’Donnell and he kept in touch with a small group of civil servants and with his cabinet colleagues back in Dublin. They fought for two issues, he explains, which were the dropping of Articles 2 and 3 of the Constitution and the putting in place the basis of consent. Secondly, from time to time under the Agreement, border polls or plebiscites would be conducted so that people would have an opportunity to vote. During much of the negotiations, Bertie Ahern and British Prime Minister Tony Blair worked head-to-head with Sinn Féin members which included Gerry Adams and Martin McGuinness and with Unionist Party members including David Trimble and John Taylor. His backroom team included Attorney General David Byrne, Tim Dalton, Dermot Gallagher and Paddy Teahan, Martin Mansergh, Rory Brady SC, Rory Montgomery and Michael Collins, among others. Bertie Ahern describes the weeks prior to the referendum on the Agreement in May 1998 when he had to work to persuade the people, who were very knowledgeable, to agree to the terms which would bring to an end thirty years of sectarian conflict. He recalls his trips around the country over three weeks to “sell the Agreement” and the huge attendance and the celebrities at those meetings. During a tense period of negotiations on the Sunday of Holy Week in 1998, Bertie Ahern’s mother became unwell and she passed away the following day. He recalls the fact that due to circumstances surrounding the negotiations, he was unable to participate fully in the obsequies with his family as he would have wished.
He explains that he was instrumental in changing the title of the Agreement to the ‘Good Friday Agreement’ rather than the ‘Belfast Agreement’ which had originally been mooted.
He discusses the signing of the Anglo-Irish Treaty of 1921 after which, as he says, the Boundary Commission agreement was not honoured, and the Good Friday Agreement. He explains that his father was of the opinion that the earlier Treaty was a huge mistake and was fully prepared to fight on. The two issues which took up most of Bertie Ahern’s time as Taoiseach were the Good Friday Agreement and his chairmanship of the Committee of Infrastructure, which held weekly meetings at this time. He discusses his predecessors as Taoisigh and their legacies, and his early days at Leader of the Opposition when he worked so hard to become familiar with the Northern Ireland political party members. He has great admiration for former Taoiseach Seán Lemass whose work for the Irish economy is recalled and described. He discusses the concept of a thirty-two county Ireland and explains how he feels that this could be achieved.